Banshee mythology began centuries ago in the Celtic isles of Ireland, Scotland, and Great Britain.  Primarily known now as an Irish fairy creature, the Banshee legend has been passed down through generations due to its consistent haunting quality.  A banshee is a ghostly woman whose high pitched screams prophesy the death of someone soon to come.  These ghostly screams are almost always heard at night and are said to sound like a blend between a woman’s scream and a night creature’s wail.  It is said that if you hear the wail of a banshee then someone close to you, or possibly yourself, will soon meet their end.

There is an ancient Irish tradition called “keening” where a woman will wail following a person’s death.  Keeners, as they are called, were often in demand, and people would even hire the best keeners to wail for their loved ones.  This leads us to wonder if the banshee, also known as “the wailing woman”, could be a ghost of a great keener.  The difference being that keening happens after the death of a person while the banshee’s cry happens before the death of a person.  Therefore hearing a banshee’s wail means that someone close to you will die very soon.

There isn’t a lot of detail about banshees in Celtic mythology, mostly because it is rare for anyone to actually see one.  The vast majority of what we know about these mythical creatures come from what they sound like, not what they look like.  Those who have seen a banshee usually describe them as a thin, old woman wearing a traditional burial robe (typically given to those people with no family or religious identification) which is often torn and tattered.  They have wild, uncombed hair and wrinkled skin.  Banshees appear in non-corporeal form (they have no physical body), and their ghostly visages can float several feet above ground and pass through solid objects. 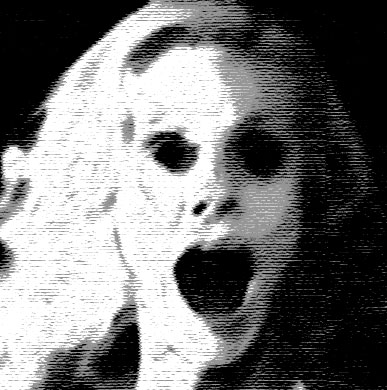 There is an old Irish legend that states that if you find a comb, particularly a silver one, never to pick it up, for it is probably the property of a banshee (or sometimes a mermaid).  Another legend said that only certain families were targets of the banshee, but this has been displaced as members of these families moved on and married into other families.  Technically the banshee is considered to be part of the Fae (fairies) family, though banshees are not actually fairies.  The term fairy is used commonly in old Irish myths to describe supernatural, yet human-like figures.  In modern definitions though, the banshee is its own creature with some ties to the fairy world.

Want to learn more about members of the Fae?  Read our article on Fairies And The Fae, or click here to view the List of Mythical Creatures.