Modern mythology is riddled with unexplained phenomenon, but to this day I haven't run into anything quite as unexplainable as the Black Eyed People.

They're often called Black Eyed Kids or Black Eyed Beings, but what they really are is a complete and total mystery.

Most accounts of encounters follow a lot of the same patterns, though slight changes in each scenario only make the mystery of the Black Eyed People that much greater. 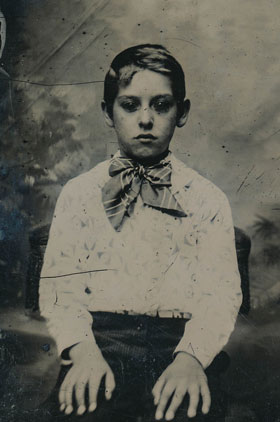 In most cases, a human-looking being with pure black eyes (including the normally white parts) will approach a person at their home or car, asking to be let in.  They usually have a very dry personality, almost no personality at all, unless they are told that they can't come in, to which they get very agitated.  Most people describe a feeling of intense dread and fear when in the presence of these Black Eyed Beings, but they can't say exactly why.

Usually, the Black Eyed Being has very pale or sickly-looking skin, and very dark hair.  They are usually men, but not always, and often wear all black or very dark clothes.

Not all cases go this way, though.  Some people have been approached in public by these beings.  One woman reported running into a female Black Eyed Being in a gas station restroom who just stood there and stared her down.

The term "Black Eyed Kids" is used very often as a generalization for this phenomenon because of the high number of cases involving children with black eyes.  In almost every case, it will be one or two children around ten years of age that ask either for a ride home if someone is in a car, or ask to be let in to a home.  They often wear no shoes, and look dirty and disheveled.  They are just as devoid of personality as their elder counterparts, until risen to anger when being told no.

I've spent quite some time doing some intensive research on the topic and a couple of key things strike me as important.  I'm not sure exactly what these beings are or where they come from, but in this case, I'm going with my gut to provide some answers.

So what are these Black Eyed People?  Some think they are demons taking the form of humans in order to steal someone's soul.  Others think they are vampires, looking to take someone's blood or energy.  Another explanation is that they are alien life forms, trying to fit into society, and possibly find a place to live.

All are as 'reasonable' an explanation as the other.  There are demonic traits, vampiric traits, and even alien traits to all of the stories, but not a lot of direct evidence to support any of them.

Return from Black Eyed People to the List of Mythical Creatures.