People are constantly asking me - "do vampires really exist?" It seems that no matter how much evidence there is to suggest they either do or don't, most people are not satisfied without a conclusive answer.  I suppose it's human nature to want to know definitively, but without hard scientific evidence in hand, how do we determine if vampires really exist or not?  While we may not have an airtight case to prove that vampires are real, there is evidence to suggest that this may indeed be the case.

It's the classic problem with myths and legends in general, but especially with cryptids and legendary monsters - we can't prove that they are real, but we also can't prove that they are not. There are plenty of examples from the past where scientists believed a creature to be extinct only to find it alive and well in a remote part of the world. The legendary sea monster the Kraken was thought to have been pure fantasy until giant squids matching the Kraken's description were finally discovered.

Throughout this site, I've tried to explain exactly what the modern vampire is (and what it isn't), but remember that there are largely different descriptions of various "vampiric" or vampire-like creatures throughout mythologies around the world. While we struggle to come up with a fixed definition of what a vampire is, we may be leaving out various mysterious and unexplainable creatures around the world that have fed into vampire mythology. At the same time, it is exactly the fact that nearly every culture around the world has independently identified vampiric creatures that makes us ask the question - do vampires really exist?

If we had hard evidence, we wouldn't even be asking the question. It would like be asking "do zebras exist?" If we could prove it, there would be no question. At the same time, just because we can't prove it doesn't mean it isn't true. Plenty of people believe in a God that rules from a place called Heaven even though they don't have any hard proof of his or her existence either. So why not believe in vampires? 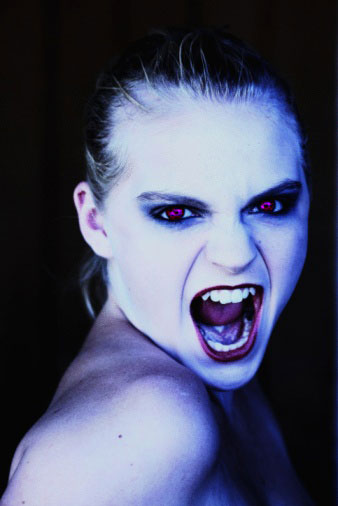 So, do vampires really exist? There's no way to be sure. There have been reports from around the world over thousands of years of creatures like these. If vampires don't exist, then how do you explain all of these sightings and encounters? A hoax is one thing, but the same hoax being played over and over again for thousands of years across independent cultures is entirely different. We have reason to believe they might exist because of these reports, but we have reason to be skeptical because we don't have the proof we so badly desire.

Keep in mind too that if you were to encounter a vampire, you probably would not live to tell about it. Not only are vampires insatiably hungry for human blood, but they live by a code that requires their existence to remain secret - only making detection that much more difficult.

In my opinion, the only way to answer this question is to give the only honest answer anyone can.  Do vampires really exist? Maybe they do, maybe they don't. I, for one, treat vampires like I treat demons - if they do exist, I really don't want to run into one.  Therefore, I choose to be cautious about my actions and activities, and limit my exposure to any of these kinds of beings to a purely inquisitive one.

Better safe than sorry. Or dead.

Return from Do Vampires Really Exist to the main Vampire Facts page.