Count Halphas (also commonly known as Malthas) is often confused with fellow demon President Malphas. This is due partly to the commonality between names (Halphas / Malphas / Malthus), but also because both serve similar roles to those who conjure them.

Both are warriors focused on defensive strategy and the building and maintenance of towers to support one's army. Halphas, though, specializes in supplies and armaments. His towers are supply towers which provide weapons and armor to troops whose cause he has dedicated himself to. Halphas is the patron demon of soldiers, often supplying them with extra ammunition in desperate times. 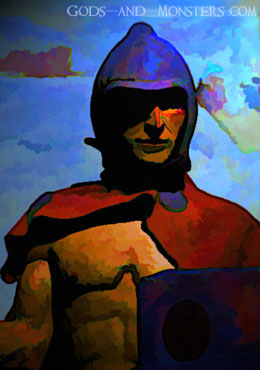 The demon Count doesn't stop there. He will occasionally join in battle, burning down villages and strongholds alike. He is known as the punisher of enemies and can even cause wars to take down those who oppose him and those he supports. His 26 legions are among the most experienced of all of the demons as he will send them in battle to support the missions of other demons if the opportunity arises.

Halphas appears in demon form as a pigeon - a form which helps him to get a literal birds-eye-view of battles. In human form he appears as an older soldier with a strong and gruff voice.

Return from Halphas to the List of Demon Names.