Dionysus, Greek god of wine and pleasure, is one of the more mysterious characters in Greek mythology. Known to the Romans as Bacchus, Greek mythology's Dionysus was the son of the powerful sky god Zeus, but his mother was the mortal Semele, princess of Thebes.

Zeus was well known for having many children from various affairs, and his wife Hera, Queen of the gods, was equally well known for seeking revenge on those women and her husband's illegitimate children. Though he may have been a prominent Greek god, Dionysus was still not spared Hera's wrath. In fact, she actually managed to have him killed not once, but twice as an infant! Being a Greek god Dionysus managed to survive both times with the help of his father Zeus, his grandmother Rhea, and Hermes, the Greek messenger god. 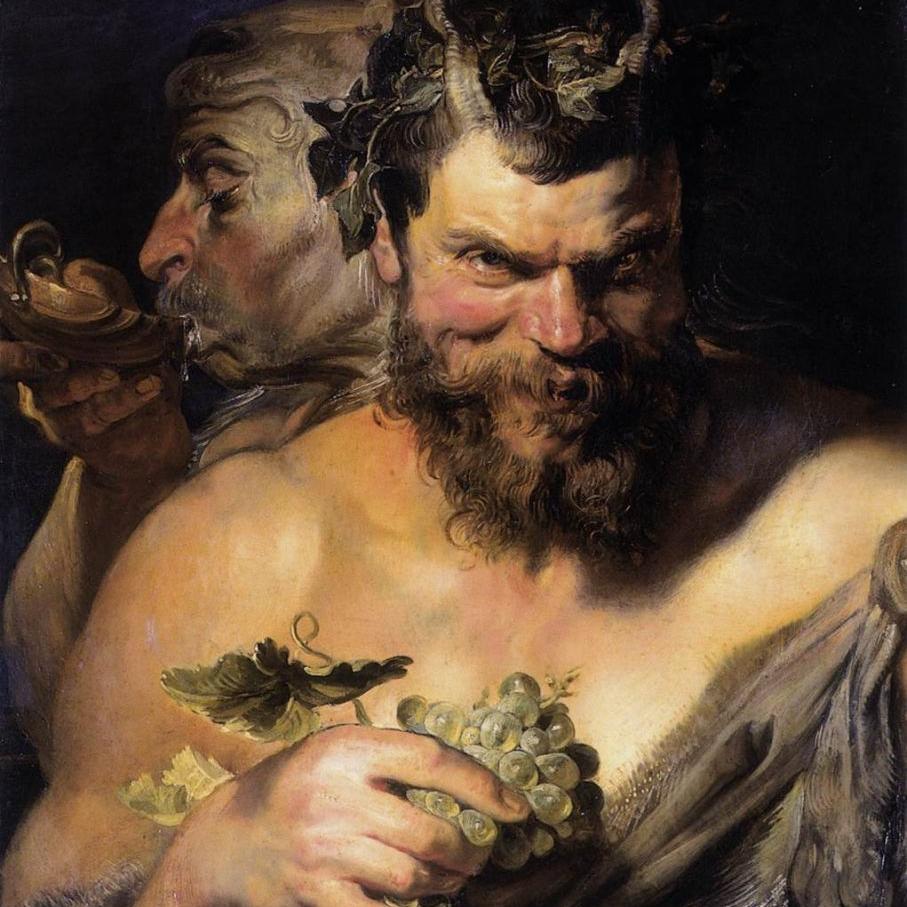 After barely escaping death twice, Dionysus was taken far away to the mythical Mount Nysa to be protected from Hera. There he was raised in a cave by mountain nymphs, the Hyades. Once he was grown he rarely stayed in one place. Rather than settle down on Mount Olympus with the other gods, Dionysus chose to travel about the world with his hard-partying followers, particularly the Satyrs and the Maenads.

The Greeks considered Dionysus something of a foreign god, and he was known to "return" to the East in his older years and was gone for many years from the Greek pantheon. Much of these travels had to do with the spreading of wine growing techniques by the wine god himself. It is said that it was on these travels that he met up once more with his grandmother Rhea, who the Romans knew as the nature goddess Cybele, who helped teach him how to refine his agricultural techniques with both physical and mystical methods.

Eventually, the hard-partying god of wine and societal liberation settled down and married the mortal Ariadne, daughter of King Minos. Surprisingly, he never strayed from her and was always faithful - not a hallmark of the gods. Together they had many children, but Dionysus never truly gave up his love and wine and partying.

Return from Dionysus Greek God of Wine to the List of Greek Gods and Goddesses.