Though a mighty warrior in his own right, Duke Sallos is actually one of the most sweet and sensitive of the demon spirits. He is, as the saying goes, a "lover not a fighter". That is, he prefers to encourage love, lust, and pleasure over war, chaos, and violence.

He can make people fall in love and can incite lust and passion in the object of the summoner's desires, but he doesn't do so in a creepy way as some other demons (see the demon Sitri for an example). Sallos's goal is to encourage the blossoming of relationships through whatever means necessary. He may not go about it in the most "angelic" way possible, but at the same time Sallos encourages fidelity between partners above all else. 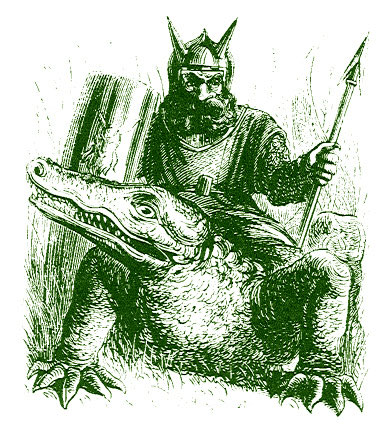 Duke Sallos wears a full suit of armor and a Duke's crown and rides on the back of a crocodile instead of a horse. Summoners should use red candles and wear a ring of silver during the conjuration. He has hair that takes turns changing from black to orange and back and gives off an aura that changes from gold to silver respectively. It is said that occasionally he will appear as a "floating head" - with his body being invisible.

Return from Sallos to the List of Demon Names.