The Scriptures of Delphi 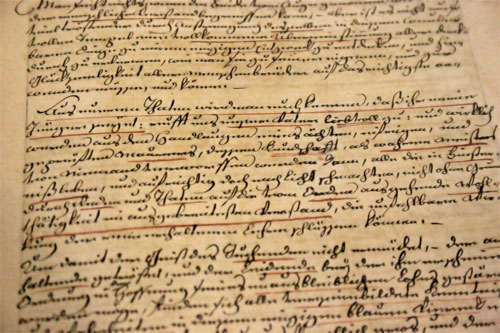 The story behind these writings are almost as mysterious as the writings themselves. It's been a difficult but intriguing journey into the Scriptures and their history, and one that only recently have I come to finally understand. So if you are curious about what they are or where to find a copy, and have time a little time, read on.

What Are the Scriptures of Delphi?

I first came into contact with the writings via an acquaintance of mine from back in my early 20's. This person (who doesn't want me to use his real name, so we'll call him "Dan") knew about my interest in mythology for some time before he finally told me about a connection that he had to the subject.

It turns out that Dan comes from a family whose lineage goes back thousands of years to the area around the Mediterranean Sea. When Dan was a child his grandfather, an immigrant from Greece, would tell him stories about ancient Greek mythology because he wanted the old traditions to continue on in America. Many of these stories apparently involved prophecies and visions from the Oracles of Delphi. Dan's grandfather insisted that their ancestors had lived in the city of Delphi and that some had even worked at Apollo's Temple where the Oracles did their readings.

Though his grandfather has since passed away, Dan still has his grandfather's writings (as well as some small memory of some of the stories). Even though there is no formal order to these pages, this collection of stories and notes is what I refer to as "The Scriptures of Delphi" for two reasons. First, because that term is used occasionally in the notes that accompany the stories, and secondly because it needed a name and that one sounded good.

Now, what's really interesting is where Dan's grandfather got the stories from. Dan knew that his grandfather's mother had passed the stories down to her children, so Dan had assumed that these were stories that had been passed down from each generation to the next. This turns out to be partly true. The family was believed to pass down these stories generation after generation, but it turns out there was more to it than just that.

There is a section of these writings that seem a bit out of place with the rest (though in fairness there are a lot of pretty scattered stories and notes throughout). This section is all about vampire-like people and the stories about how they came to be, what they did, and how they lived as this underground cult in the shadows of society. There are mentions and tie-ins to the ancient Greek, Roman, and Turkish empires, yet these segments still seem to be almost more like a research thesis rather than myths and legends. Strangely, the notes that accompany these writings are far more random than those with the mythological stories. As in, they often aren't complete sentences, there are a lot of scribbles, they seem to have been written very quickly, etc.

This section, which is actually titled on the pages, is called "The Vampire Bible", even though it is somewhat more of an investigative look at vampire-like cults than a religious text. That's not the most interest part, though. What's most interesting is that it turns out that Dan's great-grandmother (Dan's grandfather's mother) was said to have the gift of prophetic visions herself. She wrote down the notes to the Vampire Bible from visions that she had of the past. Both Dan's great-grandmother believed that this gift was proof that her ancestors had not only worked with the Oracles in Delphi, but in fact were some of the Oracles themselves!

Of course, Dan's grandfather believed what his mother told him and seems to have taken great pride in this history himself, which is probably why he was so adamant about continuing the family legacy. Dan, himself, though, does not believe in any of this and thinks that if anyone finds out about it they will just think his family is delusional.

I have been lucky enough to get a chance to look through much of these writings, though they are still in Dan's possession. Even though I can't express how very, very much Dan does not like to even acknowledge the existence of the Scriptures of Delphi and his ancestors claims to an ancient prophetic lineage, Dan still feels somewhat obligated to carry out his grandfather's wishes (or at least not disrespect his life's work). Therefore, Dan reluctantly keeps these writings in his possession and lets me look at them on the condition that I don't tell anyone about his connection to them.

What this means for you is that I've been able to translate a couple of the stories and put them up on this site (thanks "Dan"!), but overall the writings are staying put (for now) with Dan. My goal is to eventually work out some kind of deal where I can organize the writings and publish them for everyone to read, but I don't think that is going to happen anytime soon. Someday, though, I hope it can work out.

The question that I know is on the minds of a lot of people who have read this far is how legitimate these stories and writings are. It's a fair question, but one that is hard to answer. How do you define what is "legitimate" or "real" when it comes to mythology? We do know for certain that these papers were written by Dan's grandfather and great-grandmother and are not some ancient texts from thousands of years ago. At the same time, these papers are as physically real as any texts that were written at any other time in history. Every written word was written by someone, so who is to say whose words matter and whose don't?

This very question presents a challenge for me, in particular, because I have several articles on this site that discuss the myths from the Scriptures of Delphi alongside those that have existed since ancient times. If the Scriptures are indeed real stories that have been passed on orally through generations since ancient times, then they are indeed as ancient as the stories that were written down centuries ago.

I personally believe that these stories deserve to be heard. At best they are lost myths from ancient times. At worst they are fairy tales and fables that were created out of mythical tradition. The truth is we'll never know for sure how "accurate" the Scriptures of Delphi or the Vampire Bible are, but isn't that true of all mythology?

Some Myths Referenced In The Scriptures of Delphi

Return from the Scriptures of Delphi page to the Home Page