How To Become a Real Vampire

Vampire cults have existed for several years, but the majority of these cults are filled with members who display vampire-like activity, such as drinking human blood and hiding from sunlight.  These cult members are, however, distinctly human, simply mimicking the behavior of vampires as this was, until recently, the closest a human could get to vampirism.

The details of how to become a real vampire have only recently come to light.  Many of the ancient myths appear to be true, while others are still in question.

In "The Vampire Bible", ancient scribes describe the only known way that a human can become a vampire.  As the following excerpt from that book details, it takes more than just a bite to become a vampire.

"As it was with Selene and Ambrogio, when Artemis allowed him to take of her blood, so it has been ever since.  The ritual begins with a bite from vampire to human, where he may consume her blood.  As she lays bleeding her pulse moves inside him, and they become one... "

"...and she must then drink of their joined blood, the first bite as vampire, the last as human..." 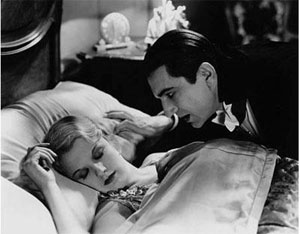 This description portrays a ritual that is consistent with earlier legends of vampires, where the human host must drink the blood of the vampire in order to transform.

According to legend, the reason for this ritual goes all the way back to the beginning of vampire history, which is the story of the first vampire Ambrogio, and his star-crossed lover Selene.

As the excerpt above eludes to, the story goes that Ambrogio was made a vampire through a series of gifts and curses from Greek gods including Apollo, Artemis, and Hades.  Long story short, his one true love was a mortal woman named Selene who he was forbidden from mating with.  On her deathbed Selene begged Ambrogio to create children for her, so with the approval of Artemis, Ambrogio drank Selene's blood.  Apparently the mixing of his blood and her blood together was the only way Ambrogio could pass on his vampirism to another human.

Later legends say that all future vampires were created by Ambrogio by the same ritual - he would drink the human's blood, which would mix with his own (and Selene's).  The vampire would then bite his own wrist, and the human would have to willingly drink the mixed blood in order to become a real vampire.

Return from "How To Become A Real Vampire" to the Vampires home page.